Presumptive GOP presidential nominee Donald Trump on Wednesday tweeted an image of a Disney book featuring a six-pointed star in an attempt to draw comparisons to an anti-Hillary Clinton image he tweeted this past weekend.

“Where is the outrage for this Disney book? Is this the ‘Star of David’ also? Dishonest media!” he tweeted, with an image of a book from Disney’s “Frozen.”

The book features a six-pointed star with the words “With 50 stickers!” written on it.

Where is the outrage for this Disney book? Is this the 'Star of David' also?
Dishonest media! #Frozen pic.twitter.com/4LJBpSm8xa

As we explained in detail before, the star Trump used in his original tweet is not a sheriff’s badge. And original meme Trump shared wasn’t controversial just because it used a 6-pointed star, like this Frozen sticker book cover does, but specifically because the meme was created by a white supremacist, implied antisemitic stereotypes with the Star of David on a bed of money,  and originally posted on a neo-Nazi message board.

What is further concerning is the the Frozen meme Donald Trump used to defend was taken from a Twitter user who is part of the white supremacist alt-right movement. Donald Trump brushed off concerns Monday about possible anti-Semitic imagery in a tweet posted from his account.

The tweet, which was posted and deleted Saturday, featured a picture of Hillary Clinton on a backdrop of money next to a six-sided star that read “Most Corrupt Candidate Ever!” It drew widespread backlash almost immediately for resembling the Star of David, an important Jewish symbol.

Dishonest media is trying their absolute best to depict a star in a tweet as the Star of David rather than a Sheriff's Star, or plain star!

Trump campaign adviser Ed Brookover echoed his boss, telling CNN’s “New Day” on Monday morning that there was “never any intention of anti-Semitism,” adding that Trump has denounced it in the past.

“Not every six-sided star is a Star of David,” Brookover said. “We have corrected this tweet and have moved on.”

Donald Trump placed the blame of this controversy entirely at the feet of the media and claimed that what was tweeted out was simply just a sheriff star. However this “sheriff’s star” defense does not address the ethical and logical gaps about Trump’s controversial tweet.

First, let’s look at some sheriff stars. This is an actual 6-pointed sheriff’s star. It has rounded points.

This is a graphic clip-art of a 6-pointed sheriff’s star. It again has rounded points and is encased in a circle. 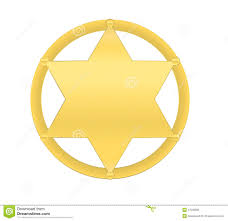 This is the Star of David. It has no circle surrounding it and has sharp points. Second, there was no explanation for how the image made its way from a neo-Nazi message board to his Twitter followers. Mic.com discovered that Donald Trump’s Twitter account wasn’t the first place the meme appeared. The image was previously featured on /pol/ — an Internet message board for the alt-right, a digital movement of neo-Nazis, anti-Semites and white supremacists newly emboldened by the success of Trump’s rhetoric — as early as June 22, over a week before Trump’s team tweeted it. 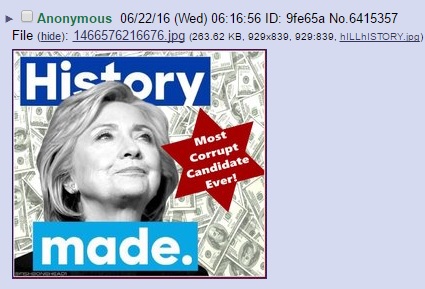 The watermark on the lower-left corner of the image leads to a Twitter account that regularly tweets violent, racist memes commenting on the state of geopolitical politics. After being uncovered as the origin of the meme that Twitter user had deleted the account.

Finally, as previously reported, someone in the Trump campaign noticed the symbol, voluntarily took the tweet down, and re-posted an edited meme now with a poorly photoshopped circle over the star. So someone in his campaign had to be aware of the imagery and what it could construe.

He just put the circle on top of the Star of David. You can still see its points. pic.twitter.com/PjNSp38T3X 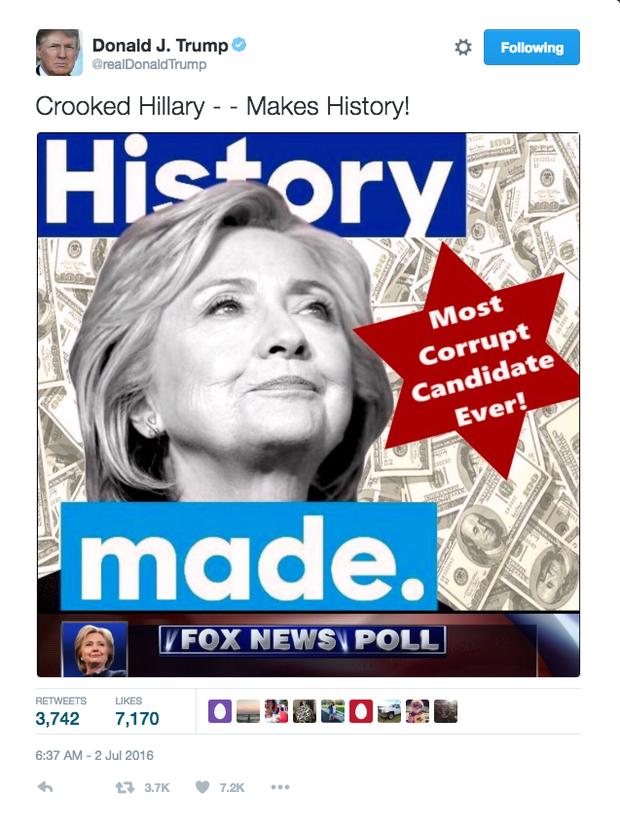 The graphic appears to be photoshopped from several different elements, including a Fox News poll that found 58 percent of voters believed Clinton to be “corrupt.” It’s juxtaposed against a photo of Clinton and a riff off her own campaign statement about making history as the first presumptive female nominee of a major party.

Next to Clinton is a red six-pointed Star of David with text reading “Most Corrupt Candidate Ever!” Hundred-dollar bills are scattered in the photo behind her.

It raised the eyebrows of more than a few Twitter users, several bluntly called the tweet anti-Semitic.

Trump later tweeted an amended version of the graphic, nearly two hours after the Twitter firestorm began. The latest version uses a red circle in place of the Star of David:

Trump has defended against accusations of anti-semitism and racism before.

When Trump addressed the Republican Jewish Coalition in December 2015, he tried to relate to the crowd by invoking the stereotype of Jews as talented and cunning business-people.

And when he said:

“You’re not going to support me because I don’t want your money,” he said, adding that, “you want to control your own politician.”