Trump Twitter-Rages About Pardons and At Media The report was based on intelligence sources, which upset the president who called it a “INTELLIGENCE LEAK,” while attacking the “Amazon Washington Post.”

No content with that, Trump then accused the New York Times of aiding “the single most wanted terrorist, Al-Baghdadi” — but without providing any details.

Trump later tweeted that he has “complete power” to issue pardons, writing, “While all agree the U. S. President has the complete power to pardon, why think of that when only crime so far is LEAKS against us.FAKE NEWS.”

A new INTELLIGENCE LEAK from the Amazon Washington Post,this time against A.G. Jeff Sessions.These illegal leaks, like Comey's, must stop!

While all agree the U. S. President has the complete power to pardon, why think of that when only crime so far is LEAKS against us.FAKE NEWS

Let’s take every one of Trump’s claims and review each one and review the outright lies and falsehoods.

Trump is repeating a false claim made by Fox News, that Comey gave classified memos to his friend to leak to the press. This was so untrue that Fox News issued a rare correction stating they were wrong. Trump is simply repeating this already debunked assertion.

CBS thinks they were able to figure out what this was about. While Mr. Trump did not provide any evidence for his accusation, the tweet came about 20 minutes after a segment about leaks aired on Fox News’ “Fox and Friends.” At one point, the chyron read “NYT FOILS U.S. ATTEMPT TO TAKE OUT AL-BAGHDADI.” 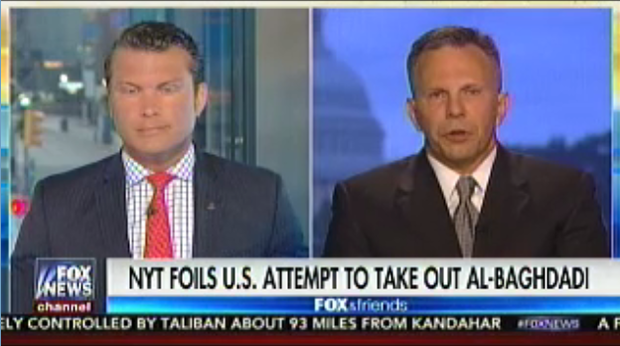 So Trump was just again parroting what he saw on Fox News.

A President has complete power to pardon

Amidst the Russia investigation, Donald Trump is looking to see if he can legally pardon his family and even pardon himself.

This excellent podcast from The Brookings Institution discusses the political legitimacy and risks associated with a President going full authoritarian on his powers to pardon.

In short, a president can pardon himself except during an impeachment, has pardoned their own family in the past, and a pardon has never been overturned by the courts.

However, looking into pardoning yourself and doing things like investigating Robert Mueller, who is investigating you, gives an immediate impression that you’re guilty as hell.